What is Slow Wave Sleep?

My dream is to have two hours of SWS (slow wave sleep) every night, because SWS restores and rejuvenates my body. But first, what is SWS?

Slow waves refer to the brainwaves that accompany this stage of sleep. Brainwaves are categorized as Delta, Theta, Alpha, Beta, and Gamma. Delta waves are the slowest brainwaves (< 3.5 cycles per second), which is why Slow Wave Sleep is also referred to as Delta Sleep. When the brain is generating Delta waves, it is switched off. There is no thinking or worrying about anything. It is at rest and peacefully asleep. During this stage of sleep, our deepest stage of sleep, the body isn’t moving, but other important healing processes are at work.

For instance, 80% of growth hormone is secreted during SWS. This assists in bone growth and overall healing, due to cell regeneration. Even DNA repair occurs during SWS, as well as enhancing our immune system functioning and even removing harmful material from our nerve cells. Unfortunately, we lose Delta or Deep sleep as we age. By the time we reach our mid to late forties, we have lost 60% to 70% of our Delta sleep. By our seventies, we have lost most if not all of our SWS. As a result, we lose our regenerative and restorative capabilities, and ultimately, our health and well-being.

Our night’s sleep is organized so that SWS occurs mainly during the first half of the night, and dream sleep during mainly the last half of the night. SWS promotes a full night’s sleep, staying asleep with fewer interruptions, thus allowing you to get all of your dream sleep too. For all of these reasons, SWS or Delta sleep is considered to be the most important stage of sleep.

Let’s do a deeper dive into SWS. Since 2008, sleep authorities have simplified sleep stages into 3 categories, SWS (Delta or Deep sleep), Light Sleep, and REM (rapid eye movement or dream sleep). Prior to 2008, there were 4 stages of sleep, because SWS was split into two distinct stages of sleep (stages 3 and 4). When sleep is staged professionally, it is done in sequential, 30-second periods. To achieve stage 3 SWS, it was only required that 6 of those 30 seconds consist of Delta waves. Stage 4 SWS required 15 of the 30 seconds to be Delta waves. That’s a big difference. Which stage would you prefer? Since stage 4 sleep predominates in youth, and is lost more quickly as we age, I would prefer stage 4 sleep to maximize my slow wave sleep and recuperation.

Most of us could use more sleep, especially SWS. What are your sleep goals? 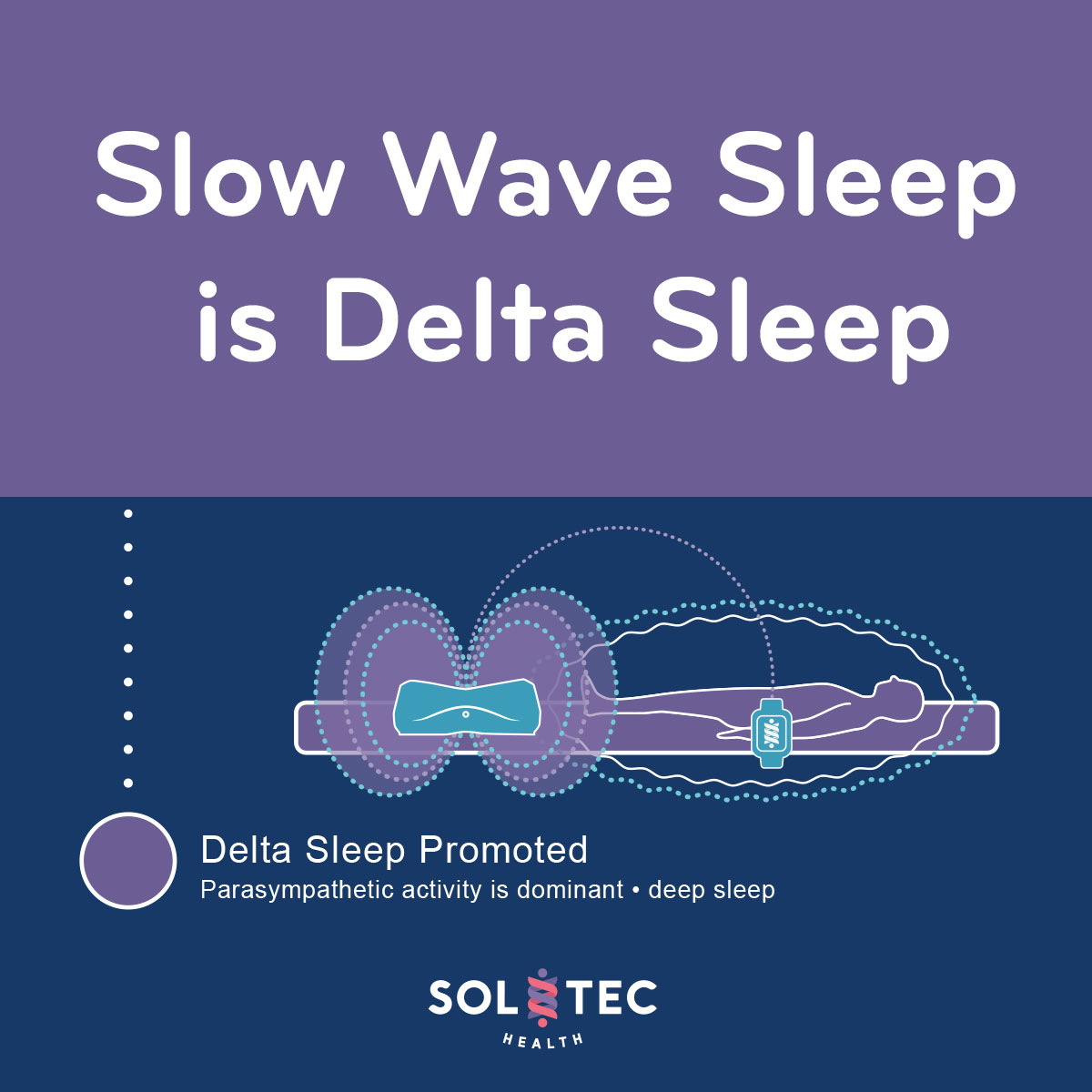 PreOrders are processed as received. Dismiss

SOLTEC HEALTH has literally changed the science of sleep. Learn more about these exciting changes and what they mean for you as we dive deeper into the technology that aspires to deliver quality sleep to every home. We will send you regular updates on the science of sleep.

You have successfully signed up. Thank you.

We use cookies to ensure that we give you the best experience on our website. If you continue to use this site we will assume that you are happy with it.Ok