JOIN OUR Kickstarter Join Us HERE 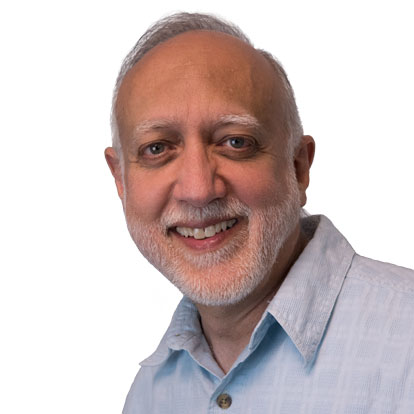 Dr. Daniel Cohen is a Neurologist and a serial entrepreneur. He co-founded Round River Research Corp. to study the healing effects of synchronized sounds, vibrations and magnetic fields. He is the inventor of the SolTec Lounge, designed to rapidly induce profound states of meditation, which was introduced in 2013.

Previously, Dr. Cohen co-founded and managed CNS Inc. until it was acquired by GlaxoSmithKline in 2006 for $566M. CNS, a developer and marketer of hi-tech medical products (brainwave monitors and sleep disorders diagnostic equipment) was best known for its consumer products, the Breathe Right® nasal strip and the FiberChoice™ chewable fiber supplement.

Dr. Cohen has a BS from Penn State University and received his MD from Temple Medical School with high distinction. His training is in Neurology at the University of Minnesota and is a Diplomat of the American Board of Psychiatry and Neurology. 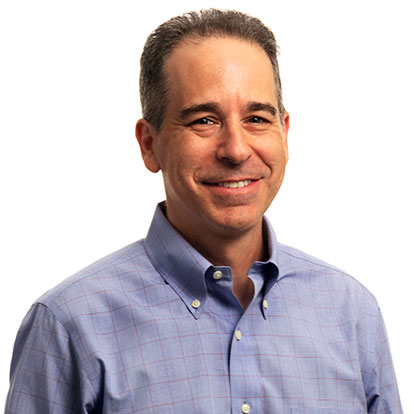 With more than 20 years of experience in the medical device industry, Peter Weissman has a proven track record in launching innovative products on a global scale for Fortune 500 and start-up companies.  As a senior marketing executive at Smith & Nephew, he led a global team of marketing, sales and R&D professionals for the company’s $200 million knee arthroscopy business. During his tenure, Mr. Weissman spearheaded the introduction of new products and management of surgeon relationships, resulting in 20% growth for the franchise. Recently, Mr. Weissman managed K2 Marketing LLC, a consulting firm serving corporate and physician clients with branding, website development, market research, digital marketing, and product launch planning and execution. 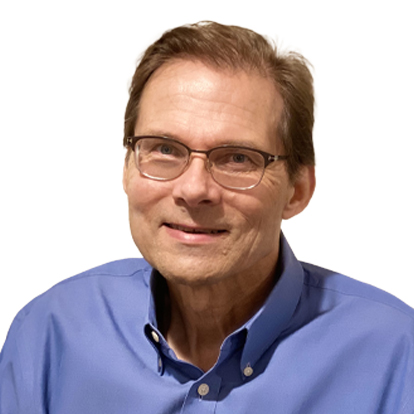 Career highlights include providing financial and operational leadership to Halo Innovations which grew annual revenues from $6M to more than $50M and generated strong EBITDA results.  His experience with rapid growth is further demonstrated by his tenure at Funco, growing annual revenues from $6M to $220M, completing an IPO and subsequent follow-on, and culminating in a successful sale to Barnes and Noble.  Fortune magazine repeatedly recognized Funco as one of the fastest growing companies in America.

Mr. Hiben holds an MBA from Carlson School of Management and a BA from Michigan State University.  He enjoys travel with his wife and his favorite pastime is fishing. 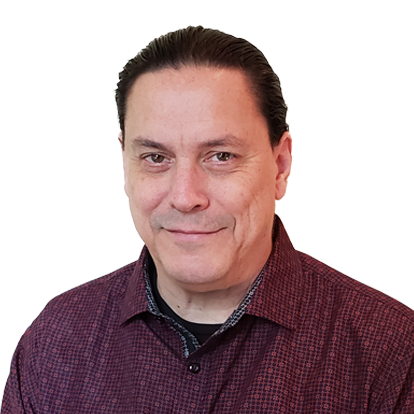 Years of design work for Prince produced some of the best loved moments of the artist’s career. Mr. McMahon’s scenic film credits include A Simple Plan, Grumpy Old Men and Little Big League. Scenic work for the Rainforest Café in Disneyworld and Famous Dave’s in Calhoun Square paved the way to his role as Creative Director for Famous Investments Inc., where he developed the Bilimbi Bay brand. 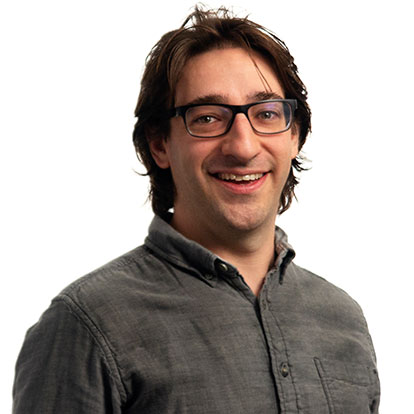 Since 2006, David Cohen has directed Round River Research’s manufacturing and product development activities. His primary responsibilities include overseeing all phases of product design and development from product definition through production and release. Working closely with other departments, Mr. Cohen ensures that products shipped effectively meet specifications, customer needs, quality goals and regulatory requirements.

Mr. Cohen formulates and executes long-term plans for cost/profit control, material efficiency and inventory management. He is a co-author on several patents and has been instrumental in transitioning the Company’s technology into manufacturable products.

Mr. Cohen earned a BS degree in Electrical Engineering from Iowa State University and enjoys camping and canoeing in the great outdoors with his wife, daughter and dog. 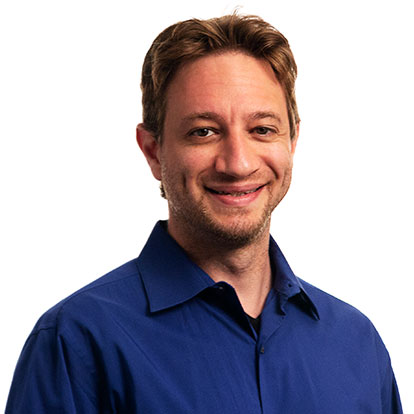 Jason Cohen is passionate about providing the highest quality experience and education for every customer journey. Collaborating with Sales and other departments, Mr. Cohen manages all customer related inquiries, training activities, and technical service levels. As the Company continues to grow, Mr. Cohen is developing and executing a vision to scale the customer service team through increased process efficiencies, automation, and customer relationship systems.

Prior to his role at Round River Research, Mr. Cohen owned a computer networking company, a cyber-cafe, and worked with precious metals and counseled small business startups. Mr. Cohen opened his first company at 18 and is an enthusiastic practitioner of meditation, qigong and kung fu. 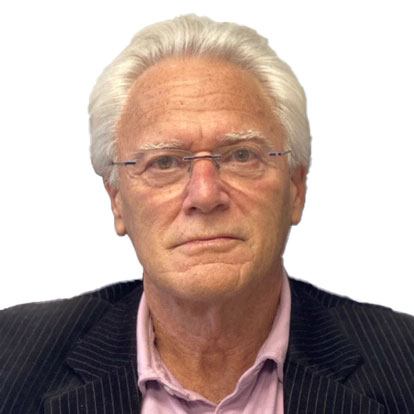 Dr. Martin Scharf started his career in sleep research at UCLA, where he became the Associate Director of arguably the first Sleep Disorders Center in the U.S., under the direction of Dr Anthony Kales, a pioneer in the field of Sleep Medicine. He received his PhD from the Pennsylvania State University in Hershey and has been involved with the development and clinical testing of virtually every major pharmaceutical used in treating disorders of sleep and wakefulness, resulting in over 250 scientific papers.

Dr. Scharf created and directed the first free-standing sleep disorders clinic in the US (Tristate Sleep Disorders Center) as well as this country’s first sleep clinic satellite network. His work in fibromyalgia has resulted in the first demonstrated pharmacological reduction in alpha intrusion into sleep (non-restorative sleep).  Dr. Scharf has appeared as a guest on such shows as Today, Good Morning America and Oprah. Dr. Scharf left Tristate Sleep Disorders Center to join the Cleveland Sleep Research Center in 2013. 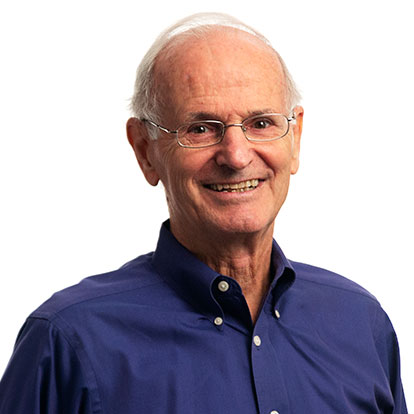 Dr. Bill Manahan is Assistant Professor Emeritus of Family Practice and Community Health at the University of Minnesota Academic Health Center in Minneapolis. He has served on the Board of Directors of the American Board of Integrative Holistic Medicine as well as the Board of Directors for the Northwestern Academy of Homeopathy. He is a Past-President of the American Holistic Medical Association (now known as the Academy of Integrative Health and Medicine). He was the founding Program Director for Minnesota’s first rural Family Medicine Residency program. Dr. Manahan is currently the Co-Chair for the Minnesota Holistic Medicine Group which is composed of 800 healthcare practitioners in Minnesota who come together to do multidisciplinary education and referrals.

SOLTEC HEALTH – BOARD OF DIRECTORS 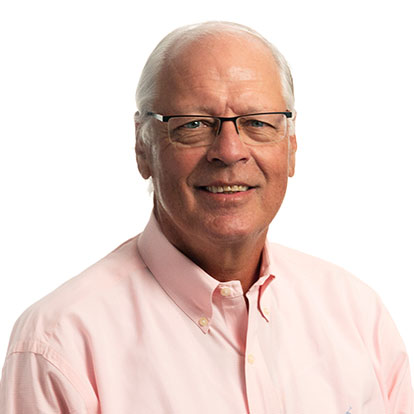 Mr. Buck serves as the Chairman of the Board of Medica, one of the largest health plans in Minnesota, and the Medica Foundation Board, having joined the Medica Boards in 2001.  He has served on the Board of Patterson Companies, Inc. since 2006, and was named Lead Director (non-executive Chairman of the Board) in 2014.  From 1996 to 2000, he worked for Fingerhut Companies, Inc. with his last assignment as President and Chief Operating Officer, and played an integral role in developing the business services area of the company.  Prior to Fingerhut, Mr. Buck was Vice President of Administration at Alliant Techsystems, a leading supplier of aerospace and defense technologies.  Prior to that, Mr. Buck spent 21 years at Honeywell, Inc., including a four-year international posting, and most recently served as Vice President of Administration.  Previously, Mr. Buck was a member of the Shop NBC/Evine Live, Inc. Board of Directors from 2004 through 2015, served as executive Chairman of the Board, and served as the interim CEO from October 2007 through January 2009.  He previously served as Chairman of the Board of Blue Cross and Blue Shield of Minnesota.

Mr. Buck supports several charities in the Minneapolis and Naples areas, including the United Way Foundation, the American Diabetes Association, and the Bascom Palmer Eye Institute.  He served as a member of the Halo Innovations Board of Directors, which developed products to prevent SIDS.  Mr. Buck is also a member of the Naples Education Foundation. 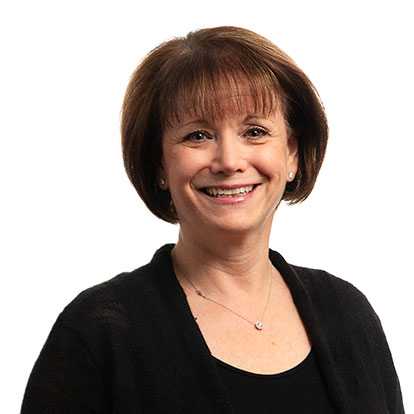 Ellen Cohen co-founded Round River Research, Corp. and is a member of its Board of Directors. For more than 20 years she has played a key role in product research, development and testing and has co-produced product educational videos for practitioners and product users.

In addition to her Board role, Ms. Cohen continues to provide financial oversight of daily operations and to evaluate clinical test sites and protocols. 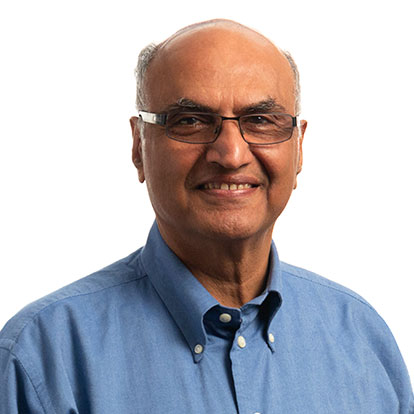 Dr. Rajiv Tandon is Founder and Executive Director of The Institute for Innovators and Entrepreneurs.  Dr. Tandon is the author of “Planting Seeds” opinion column in Twin City Business magazine. He is a serial entrepreneur and an educator now combining his passion for entrepreneurship and education to develop more robust entrepreneurial enterprises in Minnesota.  He was listed by Twin City Business Magazine as one of the “200 Minnesotans You Should Know” for his focus on “EduTech”.

As a Bush Leadership Fellow, his doctoral dissertation in entrepreneurship examined critical success factors in emerging companies that became the basis of the earliest and very successful program in Entrepreneurship at the University of St. Thomas where he was a tenured Professor. He was awarded the Edwin M. Appel Prize by the Price-Babson Program, Boston “for bringing entrepreneurial vitality to academia”.

Dr. Tandon holds a Mechanical Engineering degree, with honors, from the Institute of Technology, Kharagpur, a M.S. in Operations Research, M.B.A. and Ph. D. in Entrepreneurship; all from the University of Minnesota. 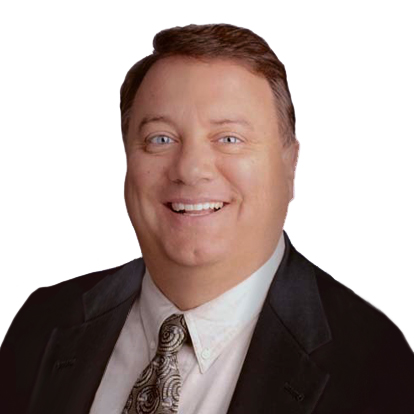 Prior to NxThera, he was Chief Technology Officer at American Medical Systems, where he oversaw the creation of a pipeline of a significant number of new urological products.  He also led M&A efforts to acquire new technologies to enable increased growth for the company.  These efforts were key in the acquisition of AMS by Endo Pharma in 2011 for $2.9B; the largest medical device deal in the US that year.  Mr. Fiore received his BSEE and BS Engineering Science (with major in Bio-Medical Engineering) degrees from Northwestern University in Evanston, Illinois, and his MSEE degree from the University of Wisconsin, Madison.

Mr. Cooper is a senior business advisor with more than 40 years of health care industry experience and expertise​.  He has unique Board Director qualifications, given his extensive industry experience, his strong technology background and his ability to serve as a financial expert under the Securities and Exchange Commission rules.  He has worked on or with all Board Committees, including serving as an Audit Committee Chair.  Mr. Cooper also has extensive experience in other industries including life sciences, technology, retail and distribution, financial services, real estate, services, communication and entertainment, etc.